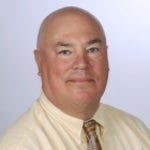 Thank you for contacting us. We will get back to you shortly.

Please complete all required fields below.

Hall, Hieatt & Connely is ready to take your legal inquiry. Please fill out the form or contact us by phone to set up an appointment.